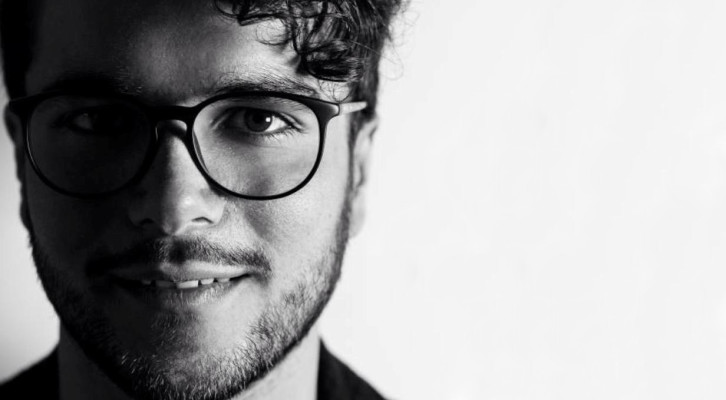 From wealthy economist to happy writer: Cosimo Scarano – an inspirational person who fulfilled his dream

Dreams know no boundaries, but we often put obstacles in the path of their realization. And we dare not remove those obstacles until it’s too late to even try following our desires. Happily there are exceptions and today we present you a man whose personal satisfaction in his work is more of value than material outcome.

Cosimo Scarano is a young and inspirational Italian who could as well be considered half-Brazilian. Learn the story of how one trip to distant Brazil turns his life upside-down, leading him away from the corporate world of big money and into his child’s dream of becoming a writer.

Hi, tell me about yourself with a few words. How old are you, where are you from, how did you imagine your life when you were a child? What did you want to be?

Cosimo: My name is Cosimo Scarano, I am 26 years old and I come from Italy. Actually, I am now living between Italy and Brazil, so I feel half-brazilian. When I was a child I wanted to be a writer, or a tennis player: but there were no tennis courts in my little town, so I just started writing in my free time, instead of practicing any sport.

Tell me more about your education and work before.

Cosimo: My education was almost completely literary-based: I attended a Literature High School, where I studied ancient literature, Latin and Greek language and I fell in love even more with books and art. Then, when it was time to decide which University was able to give me better chances in the future, I made the worst mistake of my whole life: I decided to begin an economical academic program, instead of proceeding with my previous education. It happened because my family wanted me to be an entrepreneur or a rich banker, better than a writer with no money. That was the only time I didn’t do what my heart was trying to tell me.

How did you decide to travel and why?

Cosimo: I decided to travel in the end of my studies: it was time to write the thesis for my graduation and the professor that was helping me with it talked about an argument related to the brazilian economy. So, I needed a way to go to Brazil and do some research for my thesis: that was when I met this student organization AIESEC that allowed me to travel while doing a volunteer job involving children. 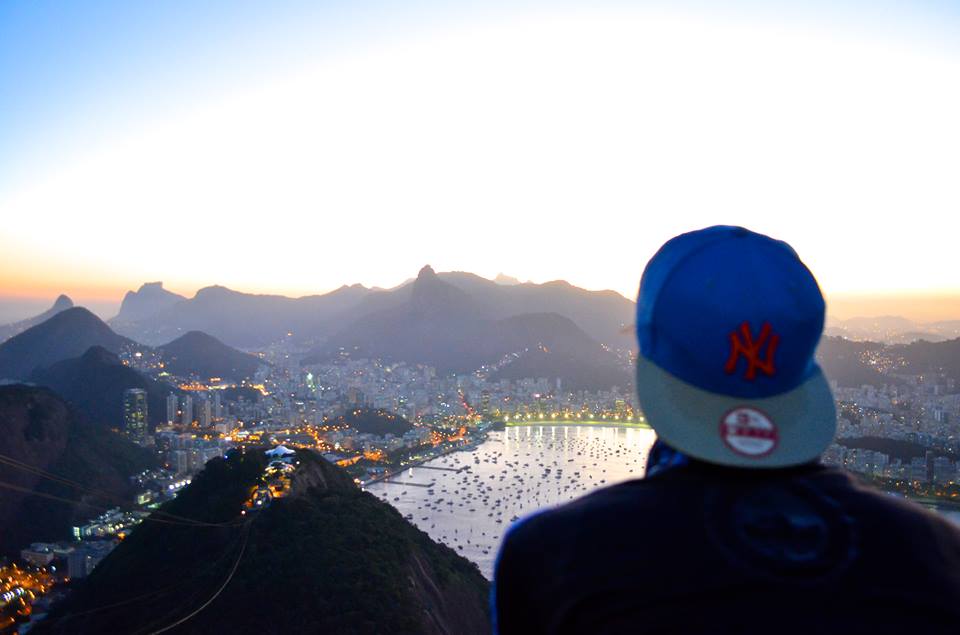 Where did you go first and what did you do there?

Cosimo: I went to Brazil and started working in a school, based in the middle of a favela, in Recife. I had to teach to more than 100 children about my culture, my country and several arguments (human rights, racism, violence,ecological sustainability, drugs). It was not easy, because those problems where affecting the children’s lives everyday, and were not just something written on a paper. I was talking to them about something they already knew, but didn’t even know were considered social problems in the world outside.

What kind of life did you find there? Did anything surprise you?

Cosimo: I tried to know better the situation and the society I was living in: I used to talk with the children, trying to understand their everyday life, their dreams, the way they used to face all the problems that were affecting them. I can say that I felt so lucky for being born in my country: those kids really know what is living a tough life. Almost no one of them have both his parents: actually, most of them don’t have parents and live in the school or some other relatives. I was very surprised by the strength they show in every moment of their life, probably no one can understand what they passed by, but still they find a reason to smile, everyday.

Tell me a story from your travels which you will never forget.

Cosimo: I found my “little brazilian brother” in my workplace. There was this kid, 8-years-old that reminded me so much the kid I was at his age. When I showed a picture of him to my mother, she said: “Wow, your father is so lucky to have never been in Brazil, if not I could think he cheated on me!”. One of the last days of my project, it was his birthday. I went to the market and bought a soccer ball to give him as a present: I’ll never forget the face he made when he received it. If happiness had a face, it would be his, in that moment. He spent all the lesson’s hours left hugging the ball and smiling at me. 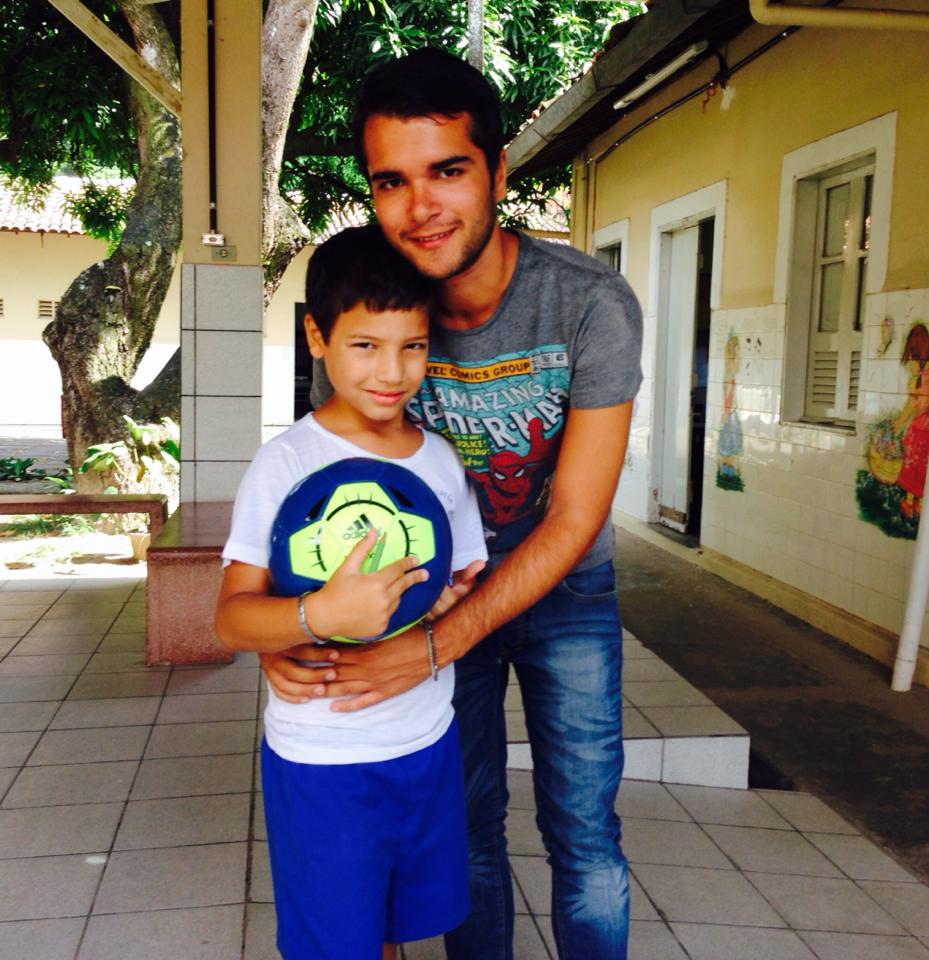 What did you learn and how did traveling change you?

Cosimo: This experience changed me so much, because I grew up and became a better version of myself. Before traveling to Brazil, I never really liked to stay away from home for a long time; now, I can’t stop traveling! I discovered that there are so many things to see, so many people to know, so many feelings to feel, that being stuck in one place is just impossible. To those who ask me when I will stop traveling, I always respond that I don’t know, because there are still 7 billion people I want to meet on this Earth.

What happened after you came back to your old way of living?

Cosimo: When I came back home, I suddenly perceived that there was something different in me. Of course I was happy to be back and I loved to see again my family and friends: but talking about that sensation of feeling at home, I can say it was almost disappeared. My city became just one of many other cities I love and actually, now I feel that kind of sensation when I am in Brazil. I will always love Italy, but when people ask me where I am from, I am now saying “I’m italian… but half-brazilian”. 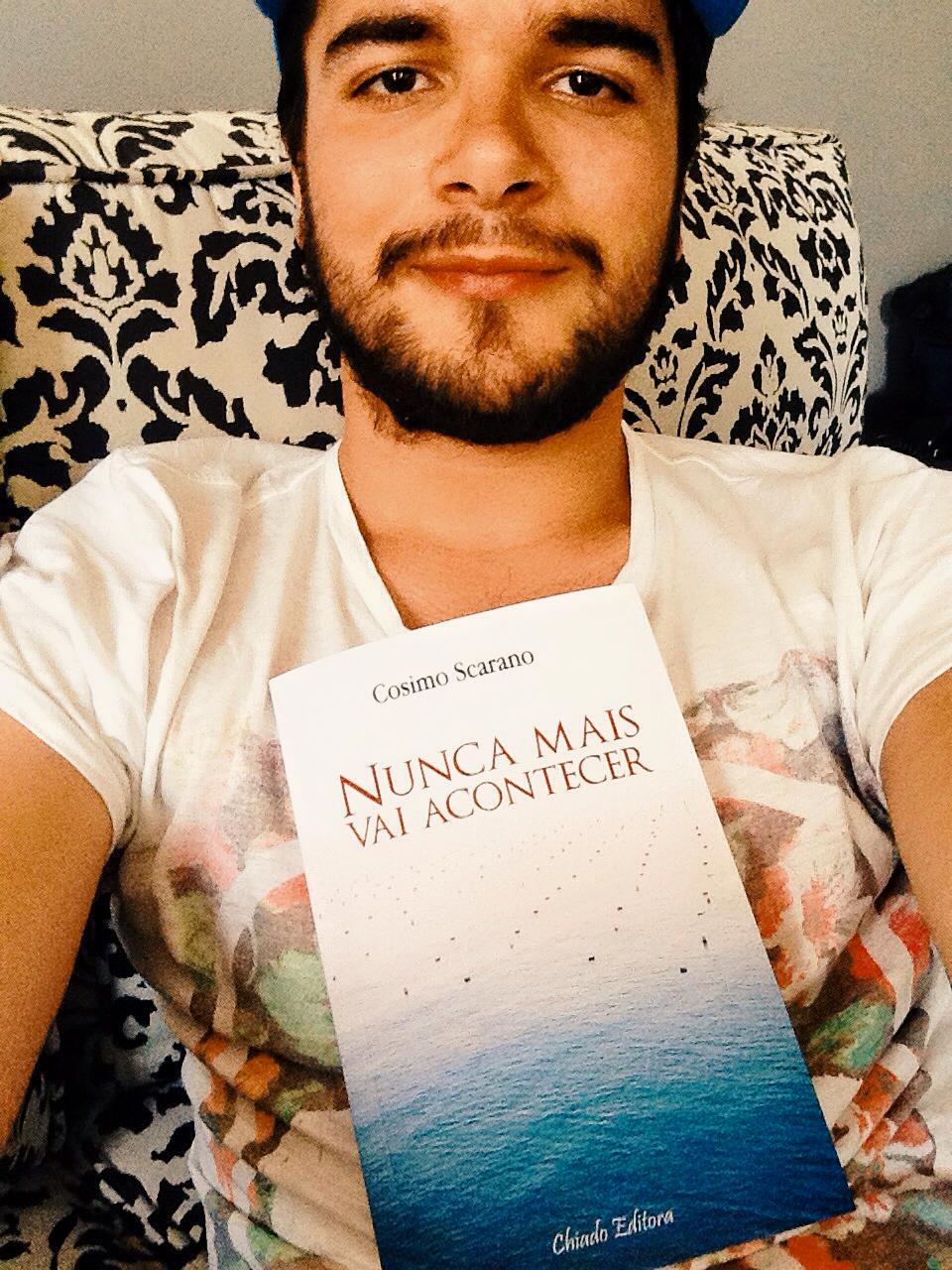 What do you do now?

Cosimo: I’m living my childhood dream, now that I finally found strength and motivation to do it. So, I stopped working in economics’ area and started to be a writer. I always dreamed about it and, if there’s something that traveling around the world for two years taught me it is that “if you don’t believe in your own dreams, nobody will”. It was not an easy choice, but to me it was necessary and things seem to start going well: in August my book was released in Brazil, Portugal, Angola and Cabo Verde; moreover in the end of September the italian version will be out in my beloved country.

Cosimo: I don’t think happiness is something that you feel for a long time, it is more a collection of happy moments, that unfortunately pass really fast. Nowadays, I can say I have way more happy moments than before, because I changed my life and the way I look at it: so yeah, I am happy. It happens when you stop living the life they want and start to create yours, while following your dreams. 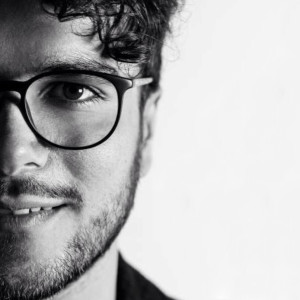