Refugees still do not want to stay in Bulgaria

Sharеf is 16 years old. We started talking and after a while I told him that I live separately from my parents. He asked me if I missed my mother. Sharеf has lost his mom in the “fights in Afghanistan”.

The teenager is travelling with his two older brothers aiming to reach the “the promised land Europe”. Currently settled in the improvised refugee camp in the Serbian capital Belgrade, he said that he really did not like Bulgaria, a neighbor of Serbia and a country on one of the roads to Europe, and complained about the treatment he got from the Bulgarian police. His group of around 10 people has gone through Bulgaria on foot “up and down through mountains and jungle”. A man on a horse has led them through the forests and beat those that fell behind the group. The man with the horse received 1000 dollars as a payment for the service “going through Bulgaria”. Sharef told me that they had crossed the border with Serbia on foot through the bushes and that some of the refugees had been injured in the process. 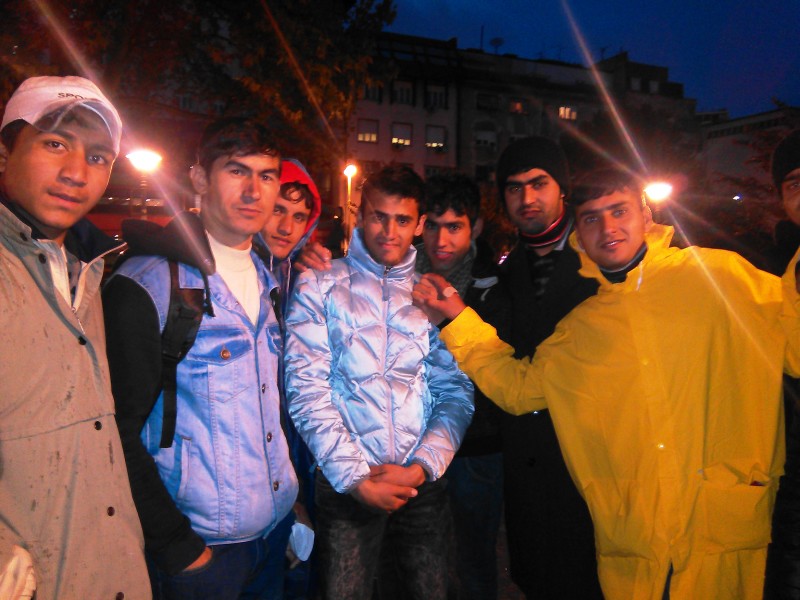 This is one of many similar stories of people staying in Belgrade in the middle of October. Fleeing from Afghanistan – a country plagued by conflict with Taliban attacks occurring daily, they seek a safer land to be. More than a month after the start of the huge refugee influx to Europe people continue to travel despite the heavier weather conditions. After Belgrade, a bold Serbian bus owner takes them for 15 Euros to the border with Croatia.

There is a clear difference between Sharef and the refugees and migrants that had have reached Belgrade passing through Bulgaria, and those who chose the road through Greece and Macedonia. People from the first group don’t have mobiles with themselves and claim to be robbed by the Bulgarian police. After crossing the Turkish-Bulgarian border, Jawat was arrested, held for a couple of days by the police in Bulgaria and then forced to return to Turkey. The officers took his fingerprints. However, they took also his money, smartphone and food, said Jawat already at the unofficial refugee camp in Belgrade and resting. He seeks asylum in one of the Western European countries in spite of the fact that his father is part of the official Afghanistan army, a detail which makes the initiative harder to realise.

In Belgrade the two parks close to the bus station have turned into improvised refugee camps. They were full in the summer with up to 1,000 people staying there. Now the inhabitants are far fewer and some tents, usually occupied by refugees, are empty. The group near the Economic Faculty of the University consists of mostly men, but there are also young women with small children. The men are mainly from Afghanistan, they are between 16 and 25 years of age who travel alone or with a part of their families. Few of them speak English and most of them haven’t even completed their secondary education.

Remar Schweiz is a Swiss humanitarian organisation which has been in Belgrade for about a month to help with the refugee influx. Volunteers provide refugees with warm food and water as well as organise donations for anyone who wants to donate clothes, shoes or other useful materials. Approximately 200 to 300 people staying in the parks near the bus station use the tent of Remar Schweiz on a daily basis. They receive warm tea and additional help with the little children and babies. People from the humanitarian organisation also said that a lot of the refugees had complained about Bulgaria. Refugees had been beaten by the Bulgarian police and their mobile phones, money and other belongings were taken, some volunteers at the Remar Schweiz tent stated. According to them, only the migrants who had gone through Bulgaria have experienced such unfortunate events. It occasionally happens so that refugees are robbed by local Roma people in Serbia and in the summer there were some attacks on refugees traveling through Macedonia but it wasn’t such a common sight, volunteers said. 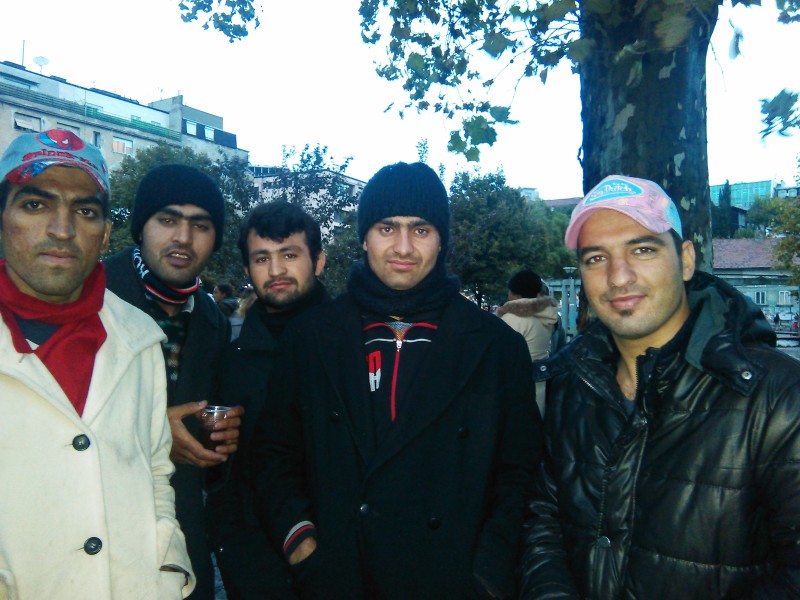 In Serbia there are a couple of institutions and organisations primarily focused on dealing with the refugee influx – the United Nations Refugee Agency (UNHCR) and the Commissariat for Refugees and Migration, as well as the Asylum protection centre, the Belgrade Centre for Human Rights and the non-profit and self-organized network of no-border activists Infomobile Serbia. A lot of other organisations are also involved in the process. This includes No Border Serbia – a network of people who share a freedom of movement perspective on migration issues. Altogether the majority of people in Serbia feel sympathy and compassion towards refugees. However, they are clearly aware of the fact that Serbia is just a transition country where migrants do not want to stay. 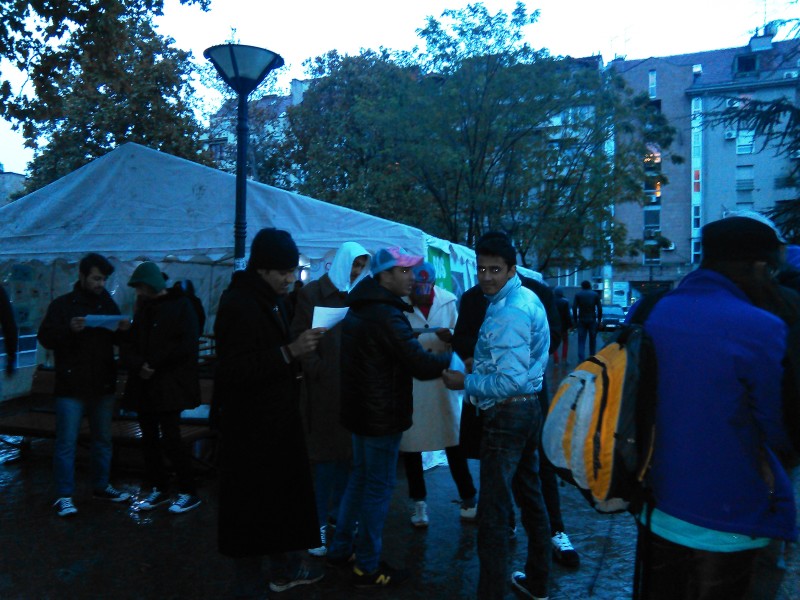 “Most Serbians realise that these people just want to pass through. I don’t know what would happen if, for example, 20,000 refugees decide to stay in Serbia. Maybe some (Serbians) will become radical”,  said Predrag from the non-government organisation Zelena omladina Srbije. According to UN, till 21 September more than 137,000 people have applied for asylum in Serbia. However, shortly after being registered they continue their journey to Western Europe.

Which is the best country?

The main question asked by the refugees from Afghanistan in the camp in Belgrade is where to go further. The majority of them want to live in Germany, Belgium or the Nederlands, but still ask which would be the best country for them. However, none of the refugees wants to go back to Bulgaria although they admit that on their way from Afghanistan to Serbia in Iran has been the worst. On the Iranian border the police directly fired at them, they said.